01     Introduction: how is drywall better than lath & plaster?

02     What are the hazardous-waste management requirements for drywall?

04     What is the volume of drywall waste in America?

05     What are other sources of drywall hazardous waste? 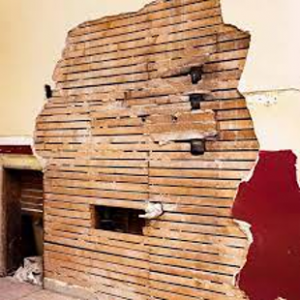 1. This photo shows a wall with some dried plaster removed, exposing the supporting lath.
Photo courtesy of Wikipedia

The construction of interior walls & ceilings is nowadays accomplished exclusively with drywall, a ubiquitous construction material that’s also called plasterboard, wallboard, sheetrock, gypsum, and a few other names. But no matter what you call it, it requires hazardous waste management when it’s time to dispose of it. Invented in England in the 1880s, drywall has completely displaced lath & plaster, which requires nailing narrow strips of wood (lath) across wall or ceiling studs and then coating them with plaster. (See photo 1) In contrast, “hanging drywall” isn't so skill-intense, and it requires less time & labor than “plastering.” Drywall sheets are simply nailed or screwed onto the studs of a new wall or ceiling. Then, the seams between them are filled with “joint compound” to create a smooth & level surface. (See photo 2)

02   /   What are the hazardous-waste management requirements for drywall?

The EPA dictates that drywall must be separated completely from general construction waste streams (as of 2009). This is because drywall is composed mainly of gypsum plaster (aka plaster of Paris) sandwiched 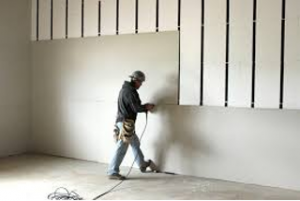 2. These drywall sheets are being screwed to metal wall studs.
Photo courtesy of insofast

between two layers of paper. Gypsum  itself is a soft sulfate mineral composed of calcium sulfate dihydrate, which can be found virtually everywhere, including Mars.

Gypsum isn’t hazardous in and of itself. But placed nearby a biodegradable substance, it creates hydrogen sulfide: a colorless gas that’s extremely flammable; notorious for smelling like rotten eggs; and also known as sewer gas, swamp gas, stink damp, or sour damp.

The toxicity of hydrogen sulfide depends on how much of it gets inhaled and for how long. Low concentrations can cause mild headaches and/or eye irritation. Higher intensities can result in unconsciousness and even death. It's also corrosive.

Thus, as toxicity, flammability, and corrosiveness are three of the four possible characteristics that define a hazardous waste (singly or together), and since hydrogen sulfide is a major constituent of drywall by way of gypsum, drywall requires hazardous waste disposal.

Besides being nauseating and toxic to inhale, the hydrogen sulfide created by gypsum when in proximity to other biodegradable materials is highly flammable.

Less obvious is the danger to the dumpster itself. As hydrogen sulfide is corrosive to metal, it will ultimately damage the dumpster, which will be costly to repair or replace, whether you own or lease it.

Also, if you mix drywall with general construction waste, one of two pricey things will happen. You'll be surcharged for fishing out the drywall for proper hazardous waste disposal before the dumpster can be emptied, or the entire dumpster will have to be treated as hazardous waste.

Both of these remedies will be expensive, and their costs will be in addition to the potential fines imposed by federal, state, and local authorities.

05   /   What are other sources of drywall hazardous waste?

When one thinks of drywall waste, it’s usually in the context of off-cut waste from new construction. But there are two other sources to consider:

Drywall waste from the manufacturing process. This waste is usually secondary to rejects and non-spec materials generated during production. It’s highly recyclable, and manufacturing “production-waste derived recycled drywall” is usually part of the waste-avoidance strategies employed by drywall factories.

Whether as a consequence of new construction, product manufacture, or demolition, drywall disposal and recycling pose unique challenges that require expert help & consultation.

We maintain a team of compliance and waste-categorization experts to ensure that any & all collection and treatment methods we design and execute for your business are in full compliance with federal, state, and local regulations.

Contact us to find out about roll-off container services—including both 20- and 30-yard dumpsters—that we can deliver & retrieve from you site on a schedule especially designed to accommodate the unique collection, transportation, storage, and disposal requirements of your enterprise. 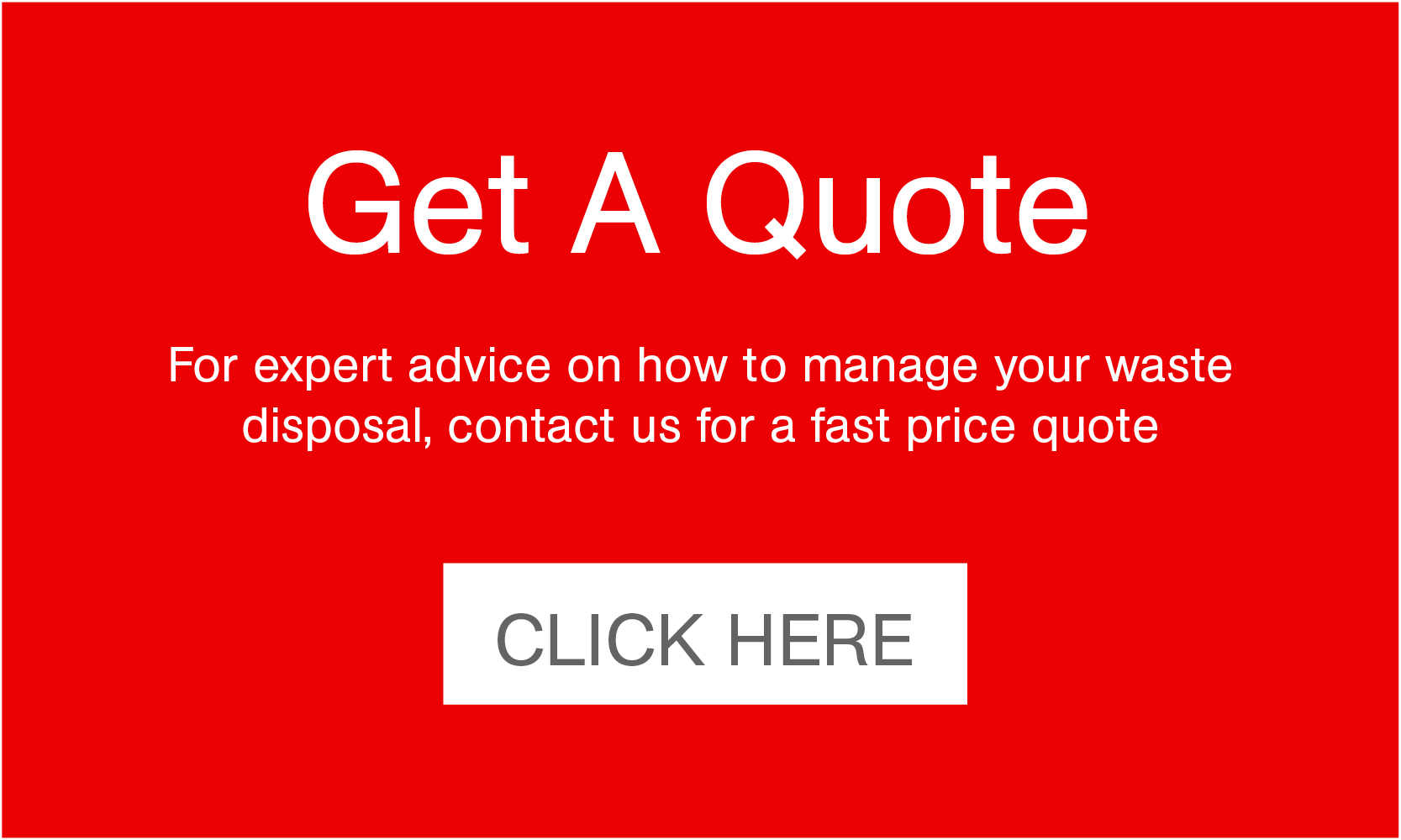 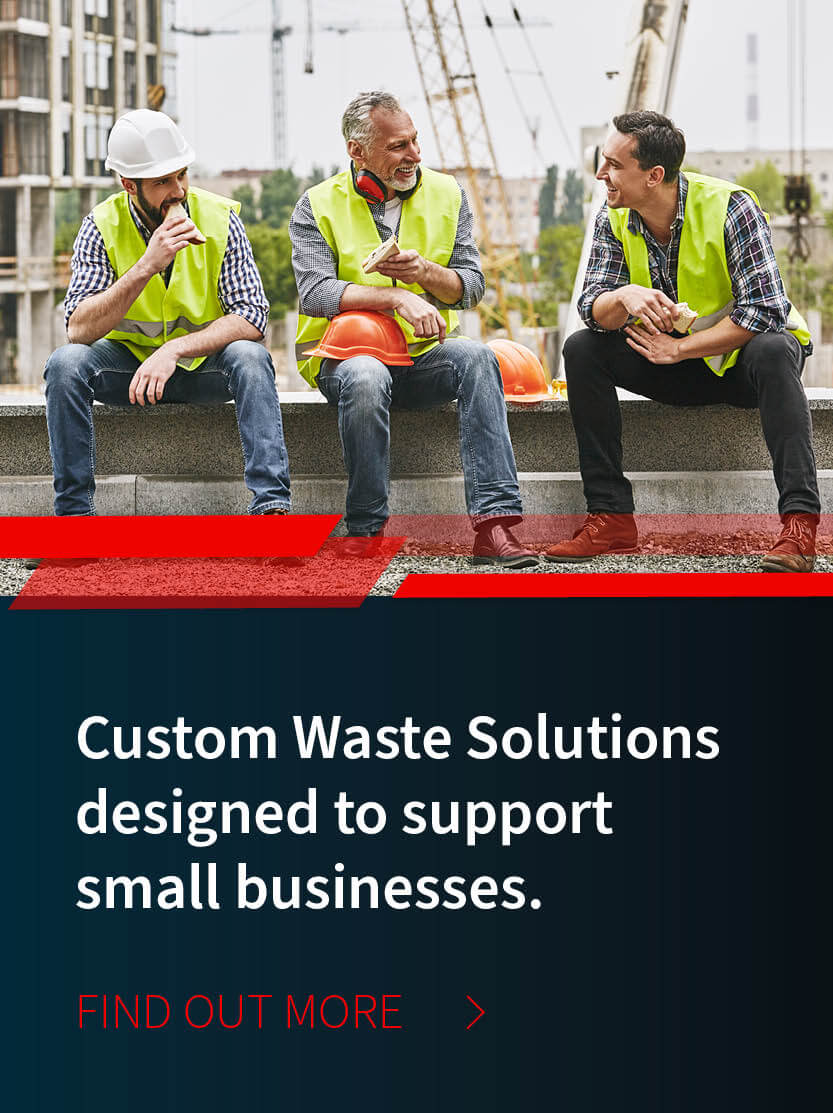